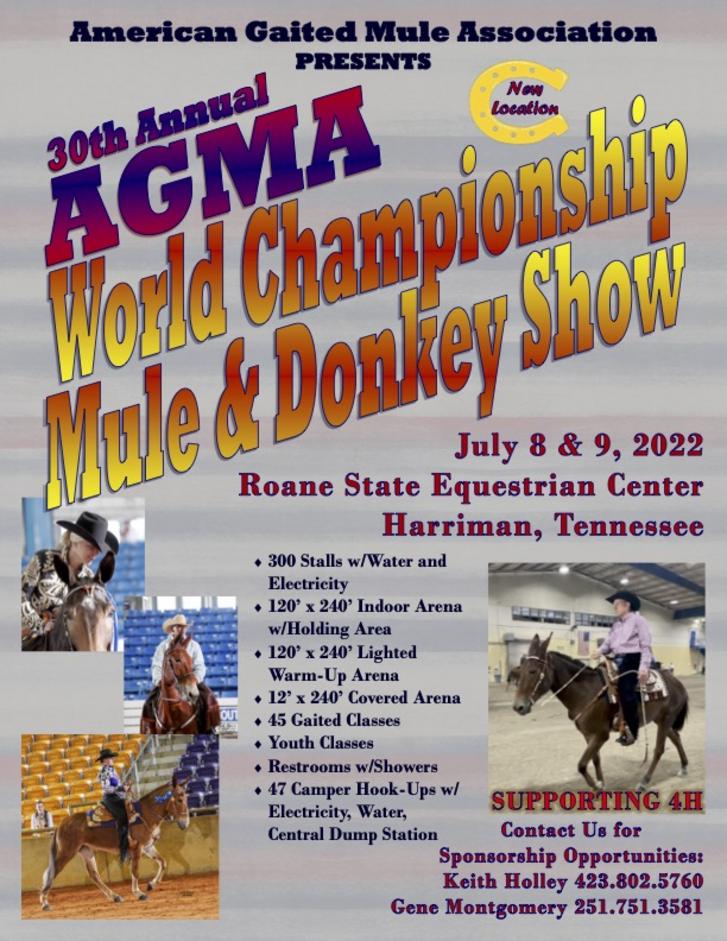 What is the American Gaited Mule Association?

The American Gaited Mule Association is a group of people who have gotten together to:​

The not-for-profit organization was founded in 1994. Gaited mules, mares, jacks and jennets may be registered. ​It's easy to join AGMA; print and complete the membership form, checking the level that fits you best. Membership levels include Founding Charter, Family and Single.

What is a Gaited Mule?

A gaited mule is any mule that has a smooth gait other than a walk, and one which is distinct from a trot. Gaits include single-foot, fox-trot, rack, running walk, stepping pace, ​and paso fino, ​among others. Whatever the gait may be called, its primary virtue is smoothness. A gaited mule (or horse) can be ridden farther without discomfort from bouncing while trotting, and at a more manageable pace than a canter. A gaited mule is great for trail riding, also.​​